Back to Contraband Cell Phones 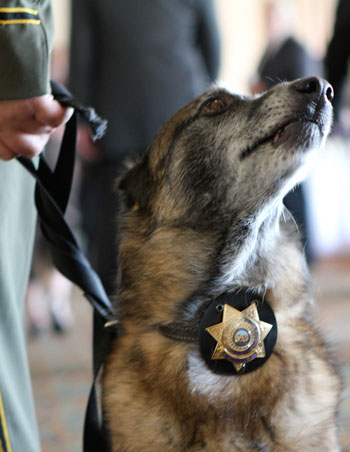 CDCR uses specially trained dogs that can detect cell phones and narcotics in prisons. There are 49 canine teams total of which 14 are trained to detect contraband cell phones. Canine searches are scheduled at different institutions throughout the state on a random basis. In addition, the units provide assistance to CDCR’s Division of Adult Parole, specifically with the Parolee Apprehension Teams, during their operations to locate fugitive parolees in the community. K9 teams also provide assistance to local law enforcement agencies by conducting searches of suspected drug houses during search warrant operations. Each dog is required to train at least eight hours a week as well as participate in monthly training conducted by the Statewide Canine Coordinator to ensure the dogs are working up to standards. 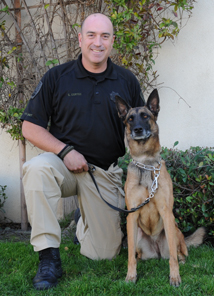 On March 25, 2013, Correctional Officer Gilbert Cortez and his K-9 Mattie died when their car went off southbound Highway 79 and rolled over. They and four other K-9 teams in separate cars were driving south on State Highway 79 in San Diego County on their way to conduct a search of La Cima Fire Camp.

His K-9 partner Mattie was a Belgian Malinois, donated by a private citizen in the San Diego area. She started service with Officer Cortez in August 2011 and was certified to search for contraband and narcotics.