Back to Inside CDCR
In this section

All Inside CDCR stories 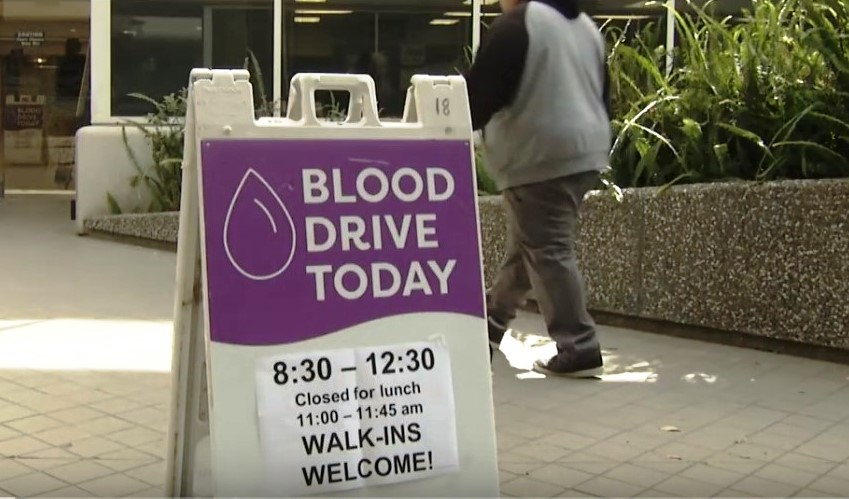 Giving back by giving blood

Did you know that someone needs blood every two seconds? That means the need for donations is constant. Luckily, our staff are up to the challenge and eager to help. CDCR and California Correctional Health Care Services (CCHCS) have teamed up with Vitalant to host a series of blood drives at Headquarters in Sacramento and Elk Grove.

For the first time, candidates for Los Angeles County District Attorney held a town hall meeting for incarcerated men at the county’s only state prison. Hosted by CSP-Los Angeles County and the Anti-Recidivism Coalition (ARC), the town hall’s goal was to provide incarcerated individuals and crime survivors the opportunity to let their voices be heard by the candidates who could impact their futures. The event was held at Facility A Visiting. 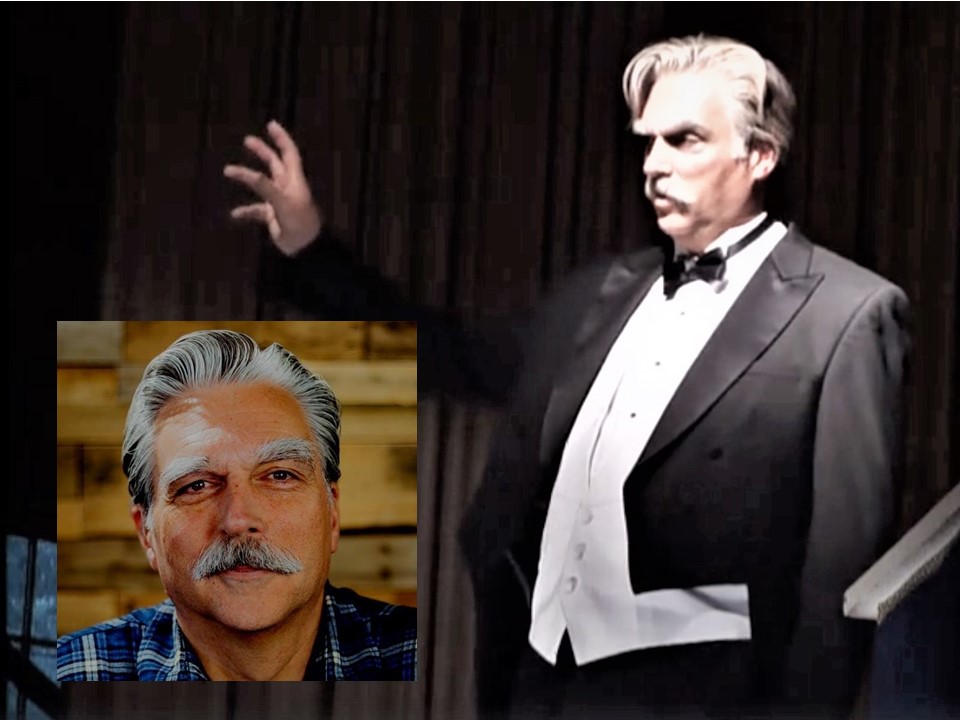 A 19th century literary figure serves as inspiration for Northern California native B. Clay Shannon, a CDCR Case Records Analyst. He’s worked for the department since July 2018. Shannon’s interest in Samuel Clemens, better known as author Mark Twain, began at an early age. Inside CDCR caught up with Shannon to discuss how he strives to achieve work-life balance.

View Beyond the Badge

Sex-Offender Parole Agent Javier Cosme has a tough beat supervising high-risk sex offenders in the community. Mandated to wear GPS tracking devices on their ankles, these offenders are closely monitored.

View Above the Call 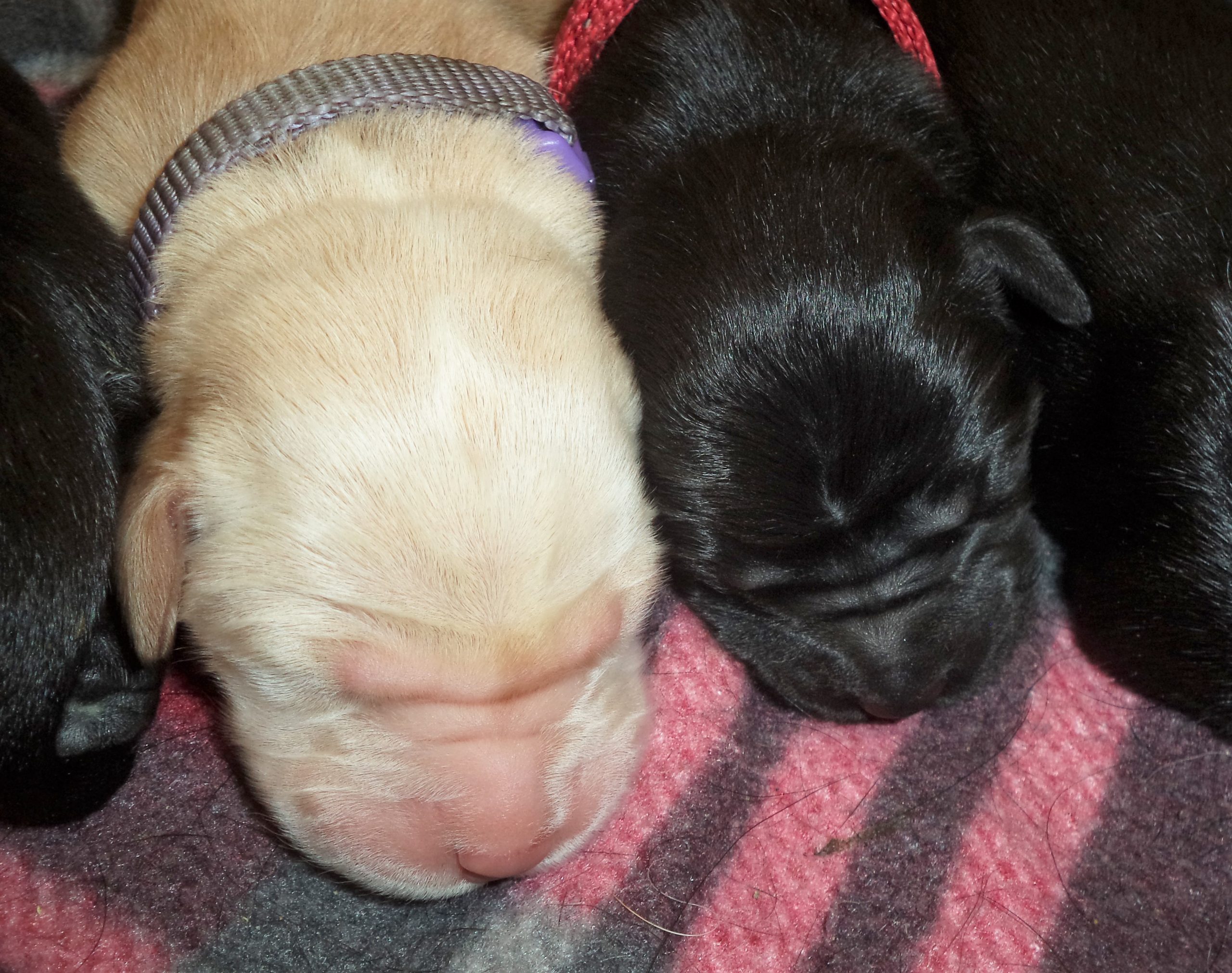 Christmas arrived early this year for the staff and inmates at R.J. Donovan Correctional Facility’s (RJD) dog-training program with the birth of nine wiggly and warm puppies. On Wednesday, Dec. 18, Patches, a black Labrador retriever, delivered a litter of nine pups at RJD’s Minimum Support Facility.

On Feb. 5, checks were presented by Kern Valley State Prison (KVSP) to the Susan G. Komen Foundation. The funds had been raised in October 2019 by the incarcerated men. The checks totaled $6,551.58. Dr. Jenna Kieckhaefer accepted the donations on behalf of the foundation.

A Day in the Life 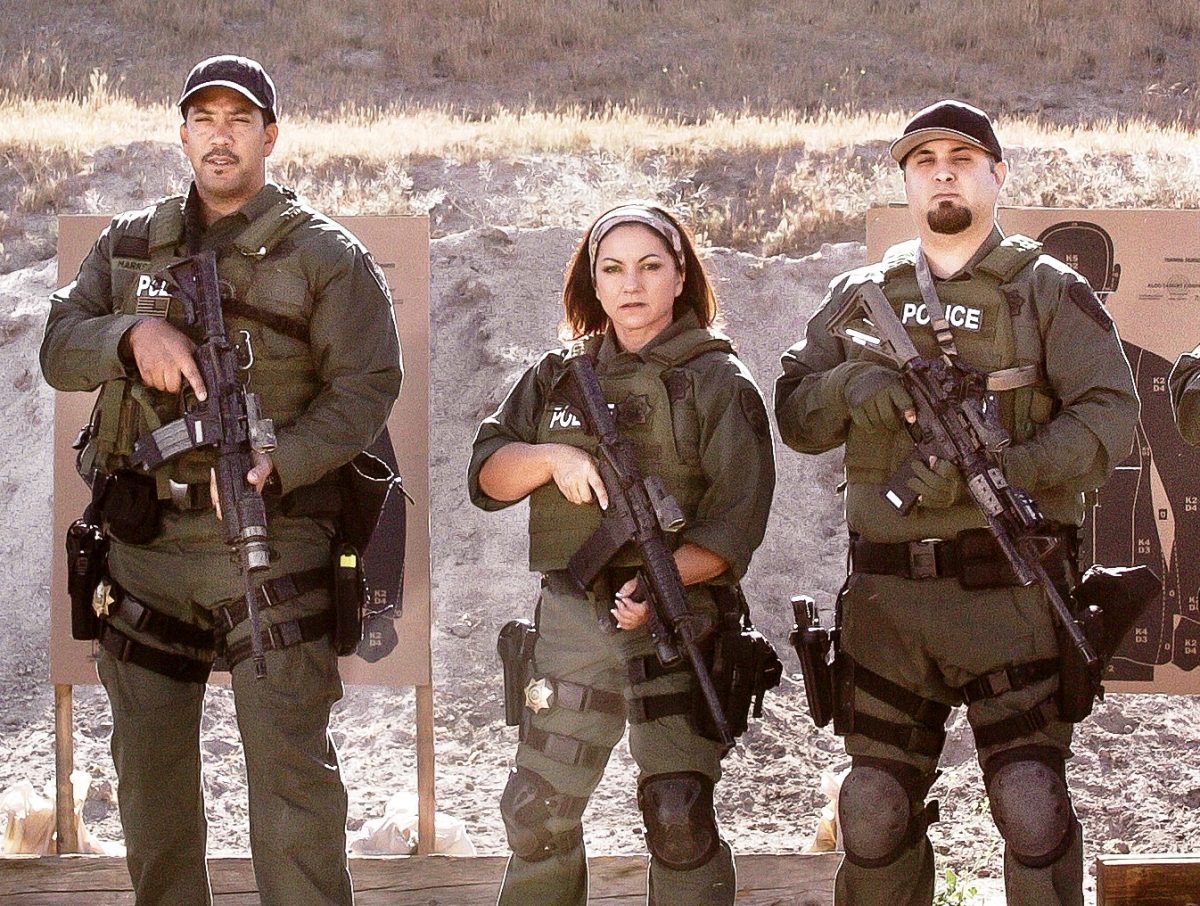 For a quarter century, corrections veteran Karen Mory has worked to dismantle preconceptions and stereotypes in her own life as well as those of offenders.

View A Day in the Life 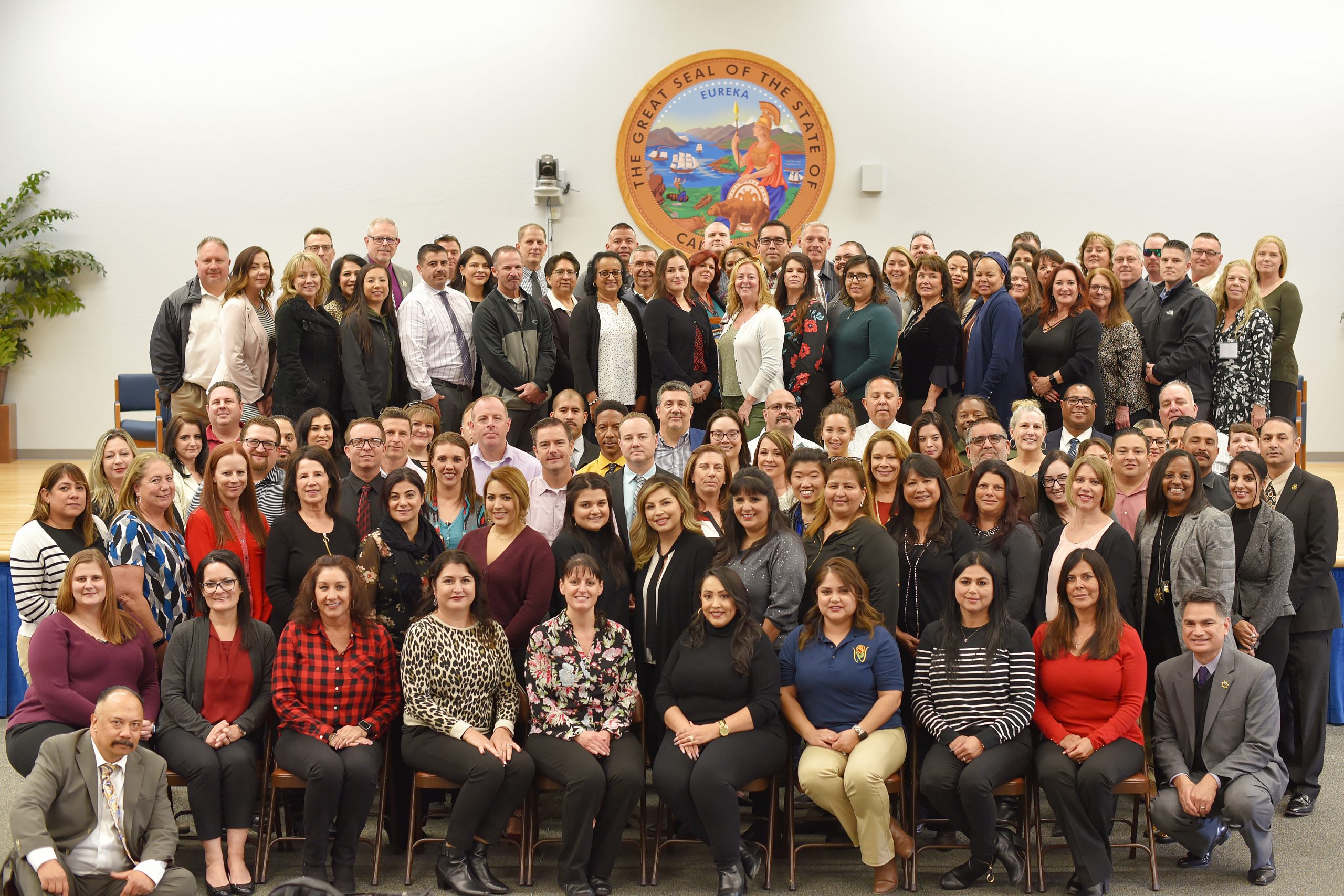 From Dec. 10-12, 2019, the Division of Rehabilitative Programs (DRP) hosted its statewide conference at the Richard A. McGee Correctional Training Center in Galt. 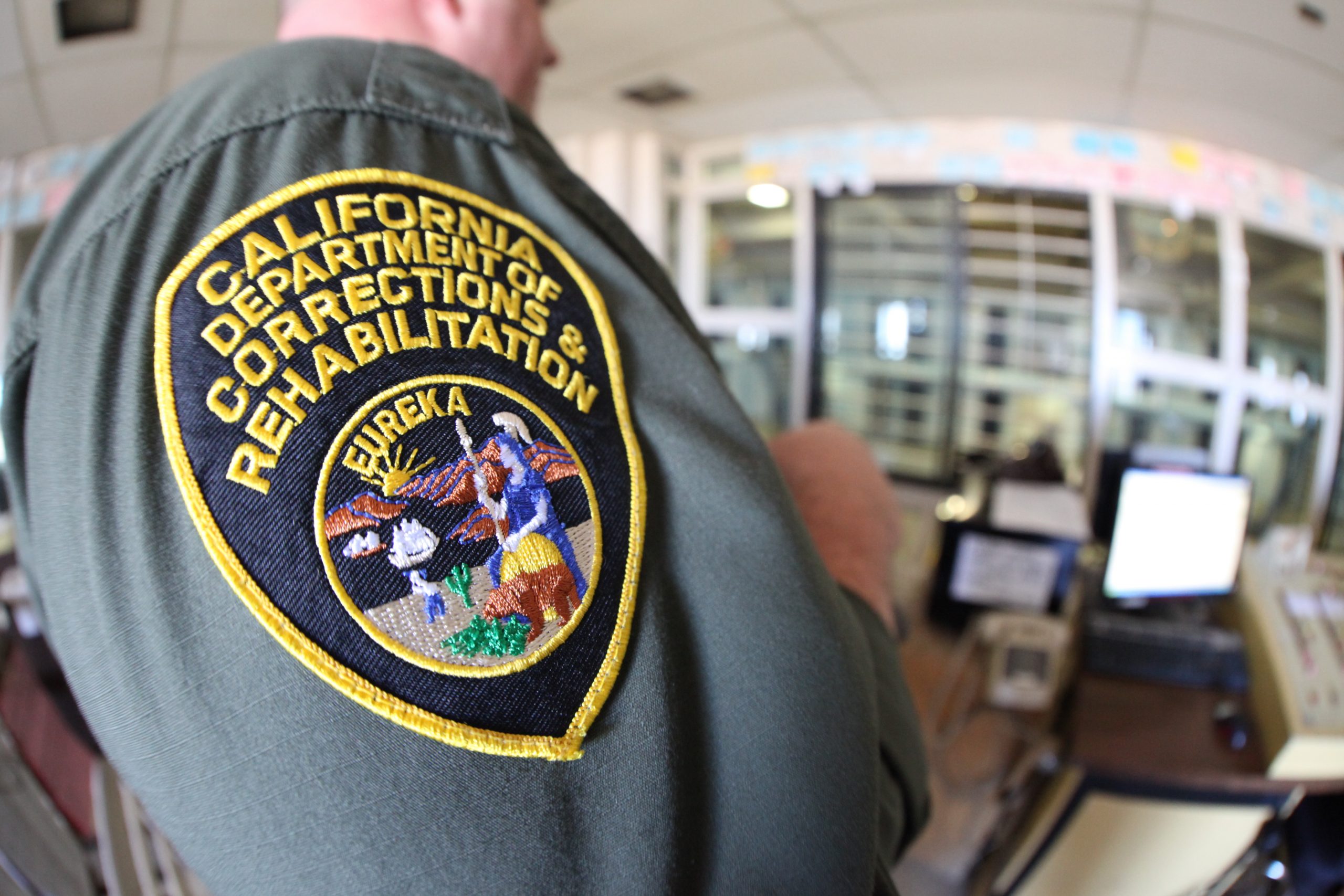 On this Law Enforcement Appreciation Day, I’d like to extend my sincere appreciation to the fine peace officers who work so hard every day to keep this Department and California safe. In a Department that is ever-evolving, your contributions to maintaining safety and security are invaluable.

San Quentin State Prison’s early years were rife with escapes, attacks and scandal. In 1858, Governor John B. Weller, Lt. Governor Joseph Walkup and Secretary of State Ferris Forman issued the first Rules for Convicts at the State Prison. The three comprised the original Board of Prison Directors. As part of CDCR’s Time Capsule series, those rules are republished as written and have only been edited for clarity. 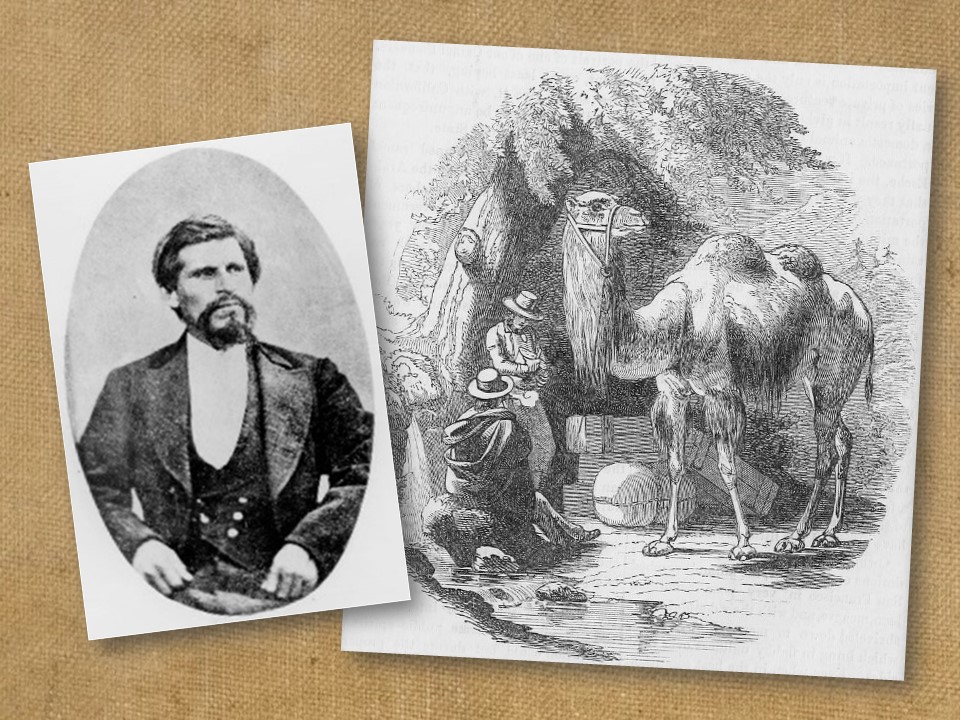 Tiburcio Vasquez, an outlaw who plundered Central and Southern California for two decades, may owe his capture to a long forgotten military experiment. This latest installment of Unlocking History looks closer at a failed attempt by the U.S. government to settle the west with camels. It’s also a story about the outlaw who served as the inspiration for “Zorro.” 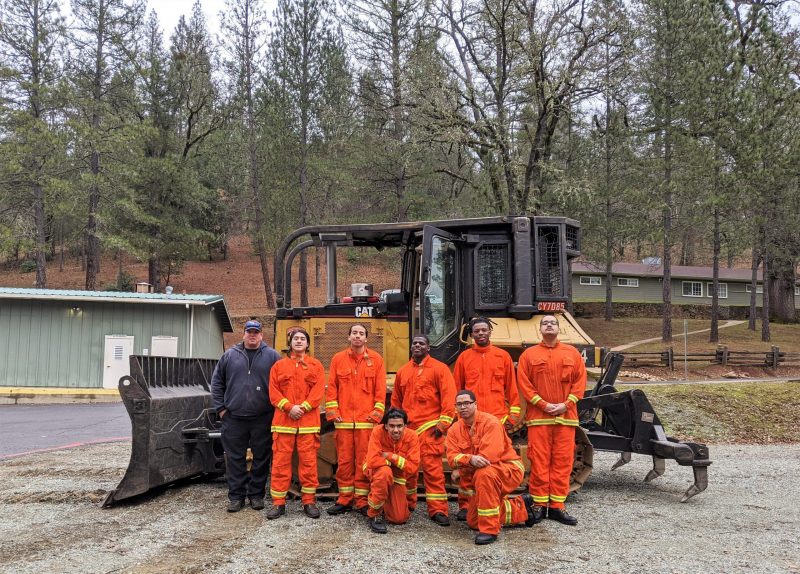 In January 2020, Derrick Williams became the first Proposition 57 CalFIRE Wildland Firefighter I graduated from Pine Grove Youth Conservation Camp. When he was 15, Williams was convicted on serious charges in adult court. He was sent to an adult institution. Now, due to voter-approved Proposition 57, he qualified to be retried as a juvenile. He was re-sentenced, this time receiving a two-year term to be served in the Division of Juvenile Justice (DJJ), where he was received March 11, 2019. When he is released in fall 2020, he will be 25. 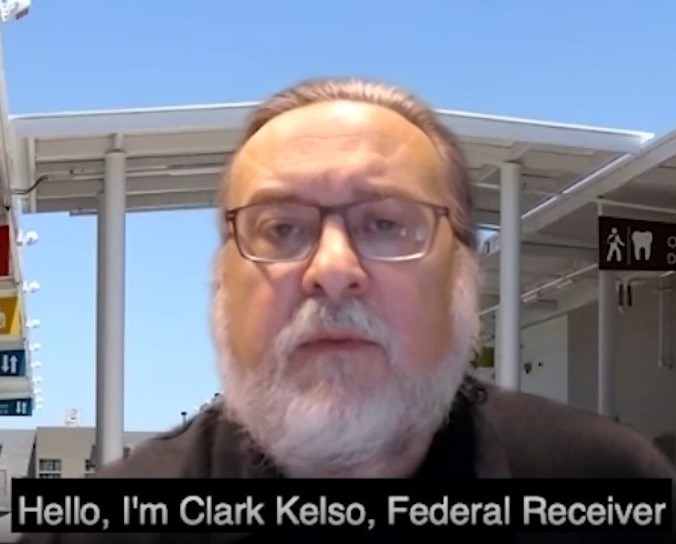 Message to all CDCR/CCHCS staff from Receiver J. Clark Kelso

Message to all CDCR/CCHCS staff from Receiver J. Clark Kelso. 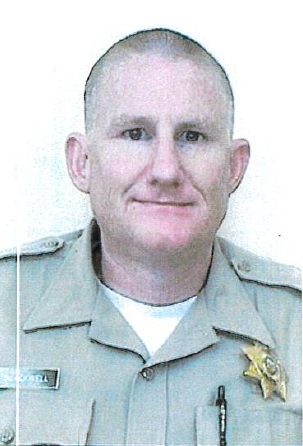 On March 10, Governor Gavin Newsom announced the following appointments: Ryan Morimune will be appointed, effective March 23, as chief of legislative affairs for administration at CDCR; Russ Nichols has been reappointed director of the Division of Enterprise Information Services at CDCR, where he has served in that role since 2015. 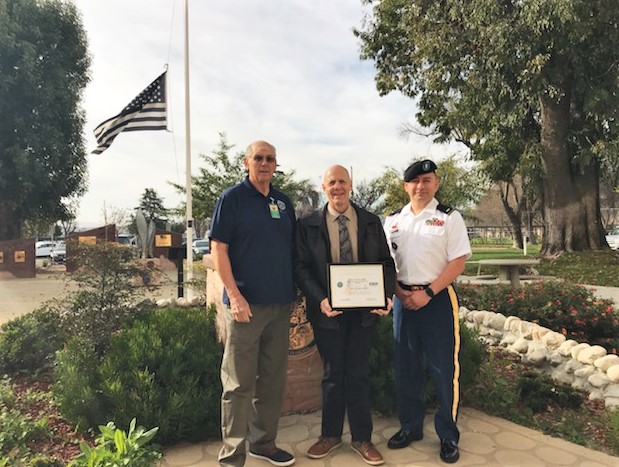 On Feb. 3, Dr. Jordan, Chief of Mental Health, and James DeGroot, Supervising Social Worker, were awarded the Department of Defense Patriot Award by the Employer Support of the Guard and Reserve (ESGR) Committee.

CDCR inmates who participate in California Prison Industry Authority (CALPIA) programs are giving back to various crime victims’ support groups throughout the state for a total of more than $74,000. The money comes from offenders participating in CALPIA’s Joint or Free Venture Programs at five California institutions. 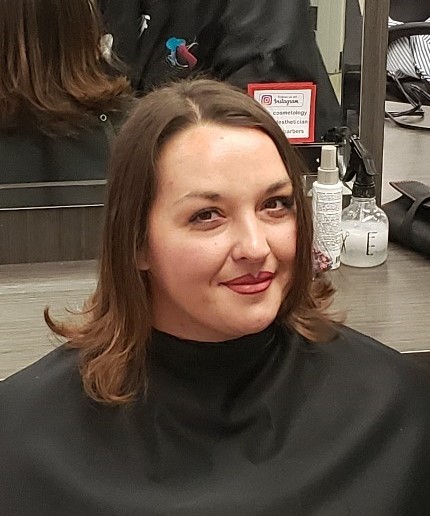 On Feb. 6, the San Gabriel Valley Parole District hosted a Women Empowerment Meeting for the female offender population at America’s Job Center of California — Hacienda La Puente Adult Education Cosmetology School. Twenty-five women were treated to a day of motivational morale boosting, which included their choice of make-up, hairstyle or manicure. The day began with a lot of skepticism, but quickly shifted to a more positive outlook.

A pair of young adults from CDCR Division of Juvenile Justice (DJJ) are among the first firefighters from Pine Grove Youth Conservation Camp accepted into a training and certification program for parolees and probationers with past firefighting experience at camps run jointly by the California Department of Forestry and Fire Protection (CAL FIRE) and CDCR. The two youth, ages 20 and 22, joined the fourth cohort of 25 trainee cadets at the Ventura Training Center (VTC) in Camarillo. 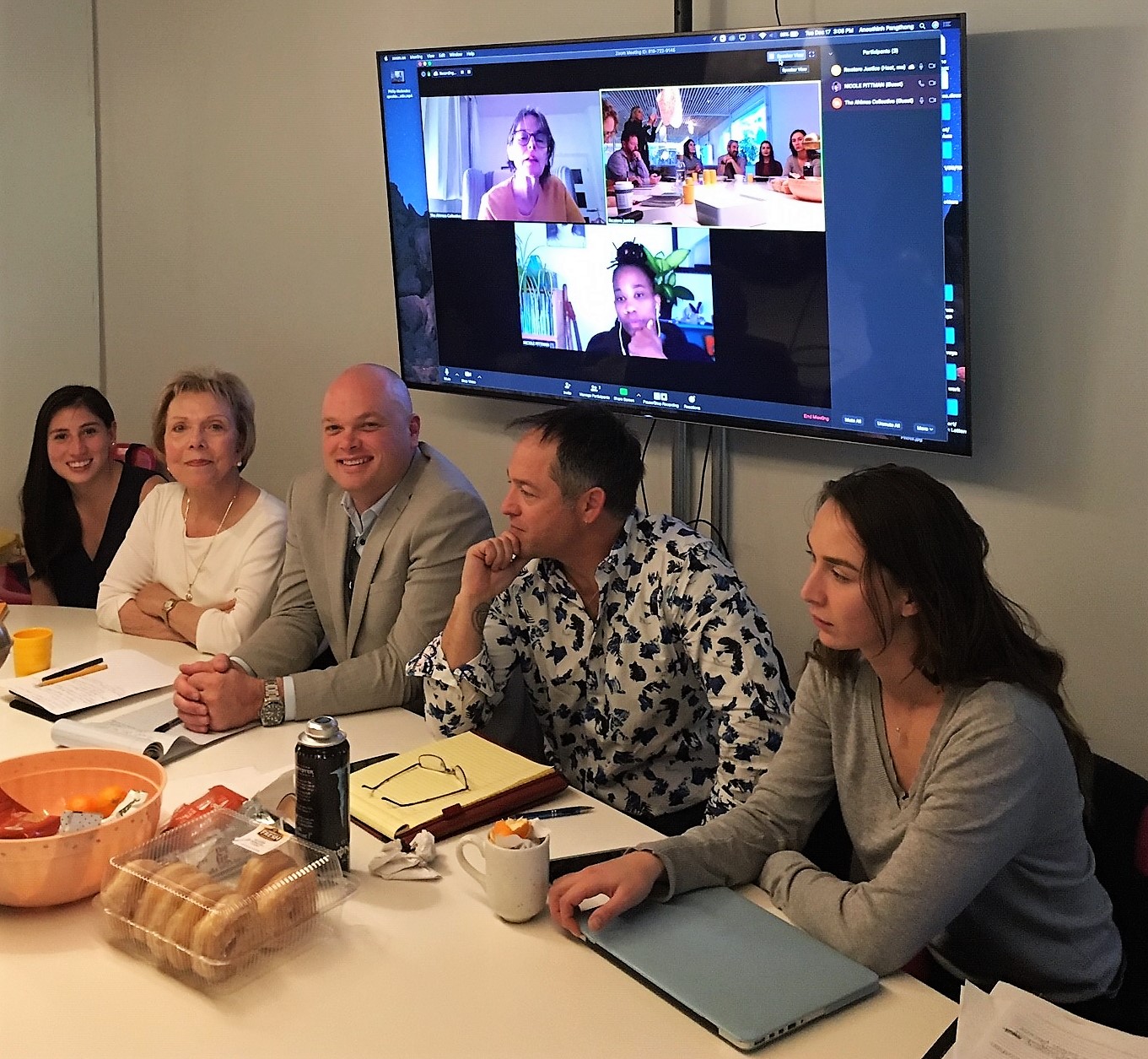 CDCR’s Office of Victim & Survivor Rights & Services has awarded more than $1.3 million in grant funds to vital community partners as to empower restorative justice practices across the state. The money was awarded by OVSRS at the first-ever Victim Offender Dialogue Program (VOD) Grantee Conference in Los Angeles in December, using funds that California Governor Gavin Newsom dedicated to restorative justice programs from the Inmate Welfare Fund.

On Jan. 30, the California Institution for Women (CIW) Honor Guard participated in presenting the flags for the National Anthem during opening ceremonies at the Staples Center for the Los Angeles Clippers vs. the Sacramento Kings game. The center was full as it was also a memorial for the nine lives lost in the helicopter crash. Two of those killed were retired basketball player Kobe Bryant and his young daughter.

Where to find COVID-19 answers

Last week, we invited you to send us your questions about COVID-19. Since this situation is in flux with daily developments and decisions, the best way to get authoritative answers is to check our COVID-19 website regularly. Consider bookmarking it on your browser.