Alfred Beardsley, a Parolee-at-Large from the California Department of Corrections and Rehabilitation (CDCR), was apprehended in Clark County, Nevada today for violating the terms and conditions of his parole by leaving the state. Beardsley is an alleged victim in the O.J. Simpson robbery case. 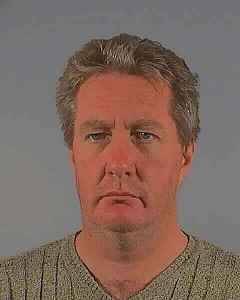 CDCR issued an arrest warrant for Beardsley for violating his terms and conditions of parole on September 15, 2007. Beardsley is classified as a High Control parolee, requiring the maximum level of supervision, and was out-of-state without authorization. He was identified as a Parolee-at-Large by agents at CDCR’s Division of Adult Parole Operations (DAPO) out of the Santa Ana Parole complex, based in Orange County.

Agents with CDCR’s Southeast Office of Correctional Safety Fugitive Apprehension Team contacted the Regional USMS and requested assistance locating and apprehending parolee Beardsley. The Marshals located Beardsley at the Luxor Hotel this morning around 9:00 AM. He was arrested without incident and booked into the Clark County Detention Center in Las Vegas today, where he is being held pending extradition back to California.

Beardsley agreed to the following terms as conditions of his parole related to travel:

Beardsley was sentenced to prison in California under the commitment offense of stalking (Penal Code Section 646.9 (A)-Stalking), and is a first term offender received by CDCR on April 26, 2005, for a two-year sentence. He served the majority of his time at North Kern Sate Prison. His initial parole date was March 15, 2006, and his scheduled date for discharge from parole was March 15, 2009.