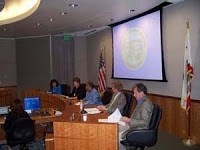 “The Governor’s comprehensive corrections reforms aim to address severe inmate overcrowding at state prisons and local jails by funding new beds tied to rehabilitation, and creating secure reentry facilities in the local communities where inmates will be returning,” said Marisela Montes, CDCR Chief Deputy Secretary, Adult Programs. “Inmates too often leave prison with $200 minus the cost of a bus ticket, and no prospects for success once they return home. The goal of a secure community reentry facility is to ease the transition of local residents and improve public safety.”

“By law, inmates are returned to their county of last legal residence. In practice, offenders come back to local cities and towns whether they’re rehabilitated or not. It is in the public’s interest to give these returning residents the tools to be law-abiding citizens,” said Sheriff Greg Munks, San Mateo County. “San Mateo County has a vital interest in partnering with the state to improve our process for transitioning our residents back home, and exploring the use of secure community reentry facilities.” 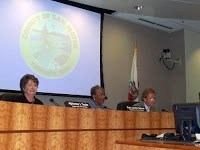 Rose Jacobs Gibson, President of the San Mateo County Board of Supervisors, said that it is important that meaningful programs are available to offenders once they are paroled back into the community.

“People return home with the same challenges that they had beforehand along with the blame and stigma of having served time in prison. Unsurprisingly, these folks end up in a revolving door with CDCR. It is imperative that we develop and provide meaningful programs that open a door to successful reentry into our communities.” said Supervisor Jacobs Gibson.

San Mateo County Supervisor Mark Church said the number-one concern of any citizen is public safety. He said county supervisors often serve as a first-point-of-contact on public safety issues, and the availability of services for parolees and those still in prison is an area of genuine concern.

“Providing job training, counseling and other services so that certain inmates can successfully re-enter and integrate into society as productive and contributing individuals not only enhances public safety and improves our communities, but it also saves taxpayers’ dollars in the long term,” Church said.

“These informational workshops are important to raise local awareness of the secure community reentry facility models and I expect my colleagues in county government to ask the hard questions,” San Mateo County Supervisor Adrienne Tissier said. “Considering the close relationships county supervisors have with people, it is important that we have a voice in how these are designed, implemented and operated.”

In May of this year, Governor Arnold Schwarzenegger signed Assembly Bill 900, the Public Safety and Offender Rehabilitation Services Act of 2007, a historic prison reform agreement. Chief among the provisions of Assembly Bill 900 are funding for 16,000 beds in secure community reentry facilities.

Secure community reentry facilities will enable CDCR and local communities to create an unprecedented continuity of care to provide support services. Reentry facilities will be built in cities, counties or regions willing to partner with CDCR, to assist local residents who are required to be returned to the county where they committed their offense upon release.

These facilities will provide programs and services such as: Intensive substance abuse treatment; Vocational training and job placement; Education and GED coursework; Anger management classes; Family counseling; Housing placement; and,Targeted services to help ease the transition from incarceration to a crime-free life on the outside.

This regional workshop was the eighth in a series of nine statewide regional workshops that have been organized through October 12th, 2007. In addition, on July 16 CDCR hosted an online web seminar to discuss why community reentry facilities are important to public safety.

For more information on secure reentry centers, and the Governor’s focus on rehabilitation through the new reforms, please visit the CDCR website at: http://www.cdcr.ca.gov/News/PrisonReform.html