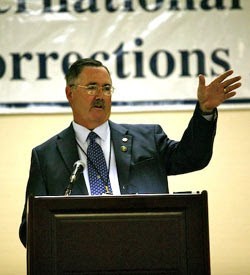 SAN DIEGO – California Department of Corrections and Rehabilitation (CDCR) Secretary James Tilton addressed more than 500 attendees today at the 15th Annual Community Corrections Association (ICCA) conference in San Diego. Attending are representatives of 34 states, Canada, Scotland, Nigeria and China. No fewer than 19 California-based and other criminal justice partners worked with the ICCA to plan and organize this major exposition of research-based solutions to chronic issues in the criminal justice system.

“It takes a strong network of community partnerships to achieve success in the criminal justice field, and strong leadership to enact change” said Secretary Tilton in his opening remarks. “Under Governor Schwarzenegger, California is undertaking a seismic shift in our corrections system that will fundamentally re-focus how our state deals with offenders. The Governor’s reforms emphasize rehabilitation as a way to reduce recidivism and increase public safety. I anticipate that California will continue to be a national and international leader in criminal justice policy as the Department of Corrections and Rehabilitation implements these reforms.”

Secretary Tilton gave an overview of Governor Schwarzenegger’s comprehensive prison reforms, AB 900, the Public Safety and Offender Rehabilitation Services Act of 2007, signed in May 2007. He discussed the move toward evidence-based rehabilitation programs in prison. He also talked about the shift from remotely located prisons to Secure Community Reentry Facilities during the final months of inmates’ sentences, and the need for collaboration with local communities and service providers, among other issues. 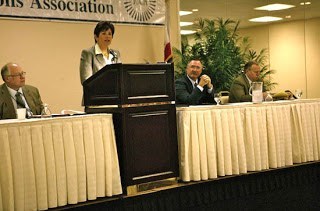 The conference, titled “Collaborating for Community Justice: A Local Public Safety Imperative,” brought together researchers, city and county government representatives, the judiciary, community corrections professionals, the state sheriff’s association, and others to explore approaches to reducing recidivism through successful reentry programs. The San Diego Sheriff’s Department is the local sponsor, and the CDCR is among the many law enforcement and other community partners in presenting this conference.
Law enforcement and other related professionals from across the United States and Canada will conduct workshops throughout the week highlighting current programs that incorporate research-based practices into their daily operations. California panels will examine the implementation of a number of new legislative directives, including AB 900 and SB 618, the reentry program that has a pilot underway in San Diego County. 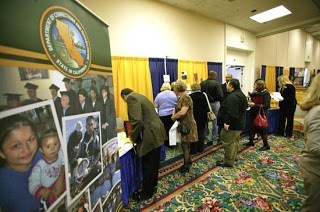 Other featured presentations will highlight new research studies from Ireland, Canada, and the United States. Those include an anthropological view of restorative justice practices, the cost-effectiveness of applying best practices in reducing recidivism, and classifying female offenders, the most rapidly growing segment of the prison population.
For more information on the Governor’s focus on rehabilitation through the new reforms, please visit the CDCR website at: http://www.cdcr.ca.gov/News/PrisonReform.html
Previous Post Condemned Inmate Billy Ray Hamilton Dies of Natural Causes
Next Post CDCR Parole Agents Enforcing Special Limits on Sex Offenders for Halloween