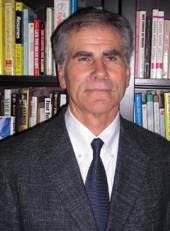 Governor Arnold Schwarzenegger today announced the appointment of Thomas F. Powers as director of the Division of Addiction and Recovery Services (DARS) within the California Department of Corrections and Rehabilitation (CDCR).

“My administration has taken immediate action to implement California’s historic prison reform plan. As part of this plan, we are providing rehabilitative programs to our inmates so when they have served their sentences they can return to society as law-abiding citizens,” said Governor Schwarzenegger. “Tom’s strong background and experience with substance-abuse treatment makes him the right person to ensure California’s inmates have the right tools and knowledge they need when they return to our communities.”

Powers has served as acting director of DARS since May 2007. He has also served as executive director of the Wolfe Center since 2006, where he directs the operation of an intensive, outpatient substance-abuse treatment program for teenagers that services the greater Napa County area. From 2000 to 2006, Powers served as chief deputy director for the California Department of Alcohol and Drug Programs, where he administered state and federal alcohol and drug treatment and prevention funds. Prior to that, he served as deputy director for the Crime and Violence Prevention Center for the Office of the Attorney General in 2000 and previously held the same position from 1984 to 1988.

“It is a great honor to serve in this important role in Governor Schwarzenegger’s administration,” said Powers. “I will continue to work with the Governor and federal, state and local officials to provide the best tools and programs to rehabilitate and reform California’s inmates and parolees to ease their transition back into society.”

Powers, 58, of Napa, earned a Bachelor of Arts degree from the University of California, San Diego. This position does not require Senate confirmation.

DARS is a cornerstone of CDCR’s overarching mission to improve public safety through crime prevention and recidivism reduction. CDCR established DARS, formerly known as the Office of Substance Abuse Programs, to reduce substance abuse by inmates and parolees. The division implements and manages CDCR’s system-wide substance abuse plan for intervention and treatment that includes both prison-based and community programs. DARS is responsible for coordinating activities with federal agencies, state agencies and public and private non-profit organizations to ensure cooperation in providing substance abuse services to the inmate and parole population.