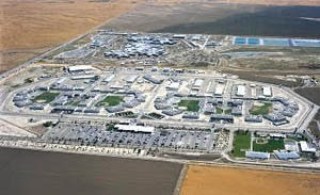 FRESNO – A California Department of Corrections and Rehabilitation’s (CDCR) Office of Internal Affairs investigation has found evidence that two contract pharmacists at Pleasant Valley State Prison (PVSP) may have embezzled nearly one million dollars from the State of California, among other felonies. While the suspects had previously been arrested for lesser crimes, eighteen charges relating to grand theft, perjury, commercial burglary, corrupt performance of an official act, tax evasion and possession of a controlled substance were filed in Fresno County Superior Court today.

“Our internal affairs unit has worked diligently with local law enforcement and outside agencies to coordinate this intensive investigation into allegations of fraud, misuse of taxpayer dollars and possible felony violations of state law,” said CDCR Undersecretary Steve Kessler. “CDCR investigators have done a masterful job of working with staff at the prison, the district attorneys office, the Franchise Tax Board, and the Receiver’s office, to gather the evidence needed to prosecute this case. Our staff should be commended for their professionalism.”

The subjects of the investigation, Ronald Juliana and his wife Joyce Rutan-Juliana, were previously employed as the Pharmacist-in-Charge and Pharmacist respectively, at Pleasant Valley State Prison. An internal affairs investigation of records they submitted to the state shows numerous irregularities that suggest the couple billed the state for regular hours, on-call hours and overtime hours, totaling 24 hours a day, seven days a week, between 2004 and 2007.

CDCR’s internal affairs unit also looked into allegations that Joyce Juliana-Rutan worked concurrently at the prison as a contractor and as a state employee for the Department of Health Services/Department of Health Care Services from Sep. 2004 through Feb. 2007. If true, this could potentially be a felony violation of California Public Contract Code Section 10410.

A search of the suspect’s homes during the investigation resulted in the seizure of over 30,000 prescription drugs and other controlled substances. During a home search in Coalinga, four bags of medication were found with “PVSP Pharmacy” labels affixed to each bag. As a result of this seizure, on Nov. 8, 2007, the Juliana’s were arrested and booked into Fresno County Jail on a number of felony charges involving illegal possession of prescription drugs. The Juliana’s posted bail and were arraigned in Fresno County Superior court.