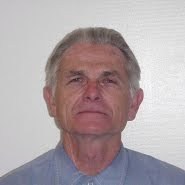 San Luis Obispo – The California Department of Corrections and Rehabilitation’s Board of Parole Hearings today issued a grant of parole for convicted killer and former Charles Manson associate Bruce Davis during a parole consideration hearing at California Men’s Colony. Davis was sent to state prison on April 21, 1972 with a life sentence from Los Angeles County for two counts of first-degree murder. Today’s decision was the result of Davis’ 26th parole suitability hearing.

Davis, 67, appeared before the panel today. The suitability finding is subject to a 120-day decision review period. If the grant is finalized at the conclusion of decision review, the Governor may conduct an independent review of the decision. Under California law, the Governor may reverse, modify, affirm or decline to review the Board’s decision.

Under California law, several options are available to the Governor. He can allow the decision to stand by taking no action or choosing not to review it within the 30 days. He can actively approve the decision to parole or modify it. He can refer the decision back to the Board so that all of the commissioners can reconsider the panel’s decision. Or he can reverse it.

Davis was convicted for the July 25, 1969 murder of Gary Hinman and the murder of Donald Shea sometime between August 16 and September 1, 1969.

He is currently incarcerated at California Men’s Colony in San Luis Obispo. Davis has remained disciplinary-free since 1980 and has participated in all available education, vocation and self-help programs.