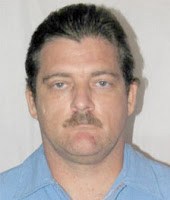 SAN QUENTIN — Condemned inmate Joseph Musselwhite, 47, who is on California’s death row from Sacramento County, was found unresponsive in his cell at San Quentin State Prison on February 2, 2010 at 7:21 p.m. Inmate Musselwhite was pronounced dead at 7:55 p.m.

The cause of death has not been determined. Inmate Musselwhite was single-celled and his death is being investigated by prison investigators.

Musselwhite was received onto California’s death row on October 10, 1990 for the December 7, 1987 murder of Norma Iris Painter and the November 30, 1987 attempted murder of Shawn May.

Musselwhite was convicted of one count of first-degree murder with the special circumstance of murder in the commission of a robbery, and one count of attempted second-degree murder. He was sentenced to death in Sacramento County on September 25, 1990.

Since 1978, when California reinstated capital punishment, 50 condemned inmates have died from natural causes, 17 committed suicide, 13 were executed in California, one was executed in Missouri, five died from other causes, and one is pending cause of death. As of February 3, 2010, there are 698 people on California’s death row.