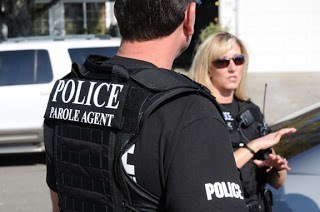 LOS ANGELES — A specialized team of parole agents with the California Department of Corrections and Rehabilitation (CDCR) has arrested 579* parolees during a six-month multi-agency sting entitled Operation Safe Playground. The statewide operation, which began in July and continues through January, was conducted by state parole agents who specialize in parolee apprehension and GPS-monitoring, along with other law enforcement partners.

“Operation Safe Playground is designed to deter crimes against children by taking dangerous sex offenders off the streets and by sending a clear message to all sex offenders that our agents are watching them carefully,” said CDCR Division of Adult Parole Operations Director Robert Ambroselli. “Our teams are meticulously tracking sex-offender parolees’ movements, checking parolees’ property for prohibited contraband and searching sex offenders’ homes and their cyber world for any sign they may be preying on the innocent.” 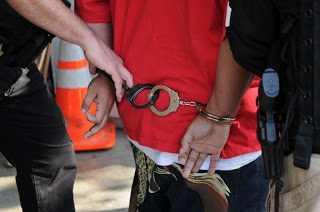 The California Parolee Apprehension Team (CPAT) was created because of recent parole reforms launched by CDCR in January to direct more intense focus on parolees who pose the most risk to public safety. CPAT agents receive extensive training in fugitive apprehension, database searches, social networking, field tactics and firearms. The department also employees agents who specialize in GPS-monitoring of parolees.

Since July, parole agents and their law enforcement partners have conducted 1,276 parole and probation searches statewide, and arrested 579 sex offenders, 233 of whom were parolees-at-large.*

CPAT led more than 140 partner agencies including the FBI, the U.S. Marshals Service and local law enforcement departments statewide in this week’s efforts.

The efforts by CDCR and its law enforcement partners included:

This week alone – as part of California’s Special Enforcement Week – CPAT and its partner agencies have arrested nearly 350 sex offenders for the following offenses or violations:

(Contraband can include items such as computers, children’s toys, etc.)

“While it’s the responsibility of all parole agents to apprehend parolees-at-large, CPAT is improving our ability to find offenders who have absconded supervision,” Ambroselli said.

For more information about California parole and reforms, visit CDCR’s website at www.cdcr.ca.gov.