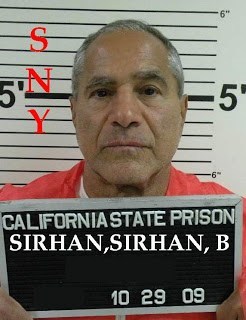 Sirhan, 66, was convicted in Los Angeles County on April 17, 1969 of one count of first-degree murder and five counts of assault with attempt to commit murder. He was initially sentenced to death; however, on August 18, 1972, his death sentence was commuted to life when the California Supreme Court found that the death penalty constituted cruel and unusual punishment under the state constitution.

Inmate Sirhan has been incarcerated since May 23, 1969.

This was his 13th subsequent parole consideration hearing before a BPH panel. Inmate Sirhan will be considered for another parole review in 5 years.