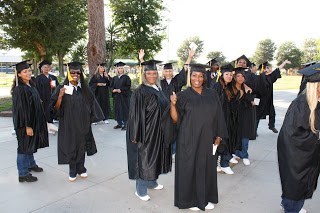 (Corona, CA) – The California Institution for Women (CIW) announced its first graduating class from an ongoing behavioral improvement program that has demonstrated a zero recidivism rate for those participating since its inception in November 2007. The Choice Theory® Connection Program began as a pilot with Loyola Marymount University and the William Glasser Institute to teach female offenders about self-reflection, tolerance, and relationships.
“This is a successful program at CIW, that helps inmates improve their daily decisions and choices,” Chief Deputy Warden Cynthia Y. Tampkins said. “Inmates who have participated in the program since 2007 have shown the ability to better acclimate to society and lead a crime-free life.”
The Choice Theory® Connection Program was founded by psychiatrist, author, and creator of Choice Theory® and Reality Therapy, Dr. William Glasser. The program takes over a year to complete, consisting of five phases with over 100 hours of classroom instruction. So far, 95 female inmates have paroled from CIW after participating in the program and none have returned to state prison.
CIW’s Choice Theory® Connection Program’s first graduation ceremony held Friday evening included 38 female inmates and special recognition of 19 inmates who received certificates in Choice Theory ® and Addiction Coaching. This certifies the individual understands the program and can assist their peers in making effective choices to eradicate negative addictions and improve their lives.
The program is the first of its kind to be offered at a female institution. It is a non-contracted program with CIW staff trained in Choice Theory® and certified to deliver the instruction.

CIW opened in 1952 in Southern California and houses primarily low-level female offenders and functions as a reception/processing center for incoming inmates. The institution is the selection and physical fitness training center for female firefighters selected for conservation camp placement. Specialized programs include academic and vocational programs, pre-release and substance abuse programming, an arts in corrections program and a wide variety of inmate self-help groups and community betterment projects. 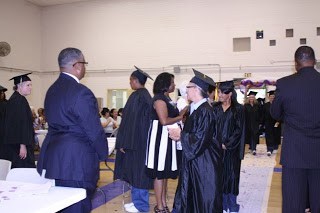