SAN QUENTIN – Condemned inmate Justin Alan Helzer, 41, who was on California’s death row from Contra Costa County, was pronounced dead at San Quentin State Prison late Sunday evening, April 14, 2013. The death is being investigated as a suicide. He was single-celled.

Helzer was sentenced to death, along with his brother Glenn Helzer, on March 11, 2005, by a Contra Costa County jury for killing Ivan Stineman, Annette Stineman, Selina Bishop, Jennifer Villarin, and James Gamble in an extortion and murder scheme. Helzer had been on death row since March 11, 2005. 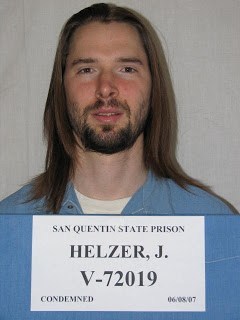