Ramirez, also widely known as the “Night Stalker,” was found guilty in 1989 of 13 counts of murder, and numerous other counts of attempted murder, sexual assault and burglary. 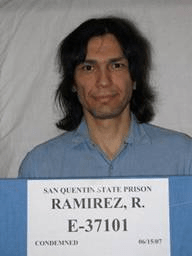