DELANO – An inmate assigned to North Kern State Prison (NKSP) Minimum Support Facility was discovered missing by custody staff on September 1, 2013, at approximately 5:00 p.m.  Inmate Michael Valdez, a minimum-custody inmate, could not be located by custody staff during an Institutional Count.  Escape procedures were immediately activated.

Inmate Valdez was serving a two-year sentence for Possession of a Controlled Substance from Los Angeles in January 2013.  Valdez is described as a 27-year-old Hispanic male with a bald head, brown eyes and weighing approximately 160 pounds.

Anyone with information on Valdez’s whereabouts or who sees him is urged to notify local authorities or North Kern State Prison, or call 911.

NKSP opened in April 1993, houses approximately 4600 inmates and is located in Delano Ca. NKSP has a two-fold mission. First, it functions as a reception center for the processing of incoming inmates from southern and northern counties. Secondly, it functions as the Central California Transportation Hub for the California Department of Corrections and Rehabilitation. 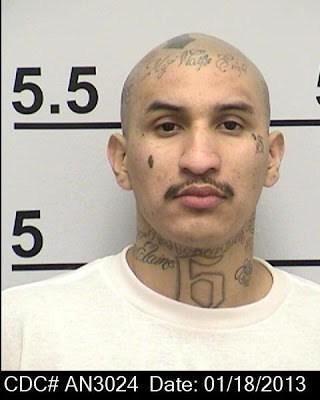