SPRINGVILLE, CA – California Department of Corrections and Rehabilitation (CDCR) officials are looking for two minimum-security inmates who walked away from the Mountain Home Conservation Camp, located near the community of Springville, in Tulare County.

Inmate Albert J. Robiatti, 32, CDCR# V02730, was last seen in his assigned dorm at approximately 11:30 p.m. during an informal camp count. Camp staff searched the inmate dormitory area, surrounding buildings and the camp perimeter after he was discovered missing. At approximately 2:00 a.m. inmate Shawn K. Hance, 28, CDCR# AE2826, was also discovered to be missing during an informal count. All local law enforcement agencies have been notified and are assisting in the search for both inmates.  Apprehension efforts are continuing.

Inmate Albert J. Robiatti is described as a Hispanic male, 6’0”, 165 pounds, with black hair – but currently shaved – and brown eyes.  Inmate Robiatti was committed to CDCR for possession of a firearm by a felon.  He was scheduled to be released on February 1, 2018.

Inmate Shawn K. Hance is described as a white male, 5’6”, 160 pounds, with blonde or strawberry hair and hazel eyes. Inmate Hance was committed to CDCR for vehicle theft and evading the police. He was scheduled to be released on June 5, 2016.

Anyone knowing the location of either inmate Albert J. Robiatti, or Shawn K. Hance, or having other relevant information is asked to contact the Mountain Home Conservation Camp Commander at (559) 539-2334, or the Sierra Conservation Center Watch Commander at (209) 984-5291, extension 5439. 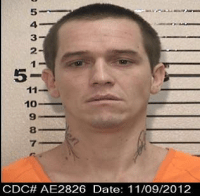 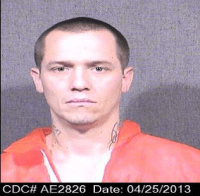