EL MONTE—The California Department of Corrections and Rehabilitation (CDCR) officials are looking for a female state prison inmate who walked away from an El Monte residential treatment facility on Friday, March 13.

Breana Armstard, 23, had been participating in the Alternative Custody Program (ACP) at the El Monte Female Offender Treatment and Employment Program (FOTEP) facility since January 5 and was due to parole on April 15.

ACP is a voluntary program developed for female non-violent, non-serious and non-registerable sex offense inmates which allows them to serve up to the last 24 months of their sentence in the community in lieu of confinement in state prison. Eligible participants may be housed in a private residence, a transitional care facility or a residential drug or other treatment program.

Armstard was committed to CDCR on December 20, 2013 from Los Angeles County to serve a two-year, eight-month sentence for possession of a firearm by a convicted felon, her second strike.

CDCR has sent staff and resources to locate and apprehend the inmate. The California Highway Patrol and local law enforcement have been contacted for assistance.

If anyone has information about or knowledge of the location of this individual they should immediately contact 911.

The El Monte FOTEP provides a smooth transition for female offenders from custody to the community, focusing on intensive, gender-responsive counseling services. The goal of the FOTEP is to reduce recidivism through substance abuse treatment services, family reunification, vocational training, and employment services. 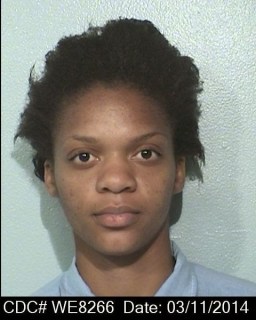 **As of September 9, 2015, CDCR is evaluating an expansion of the Alternative Custody Program to male inmates.**