FOLSOM – The California Department of Corrections and Rehabilitation (CDCR) has identified the inmate killed in this afternoon’s riot on a California State Prison, Sacramento maximum-security yard as Hugo Pinell.

Pinell, 71, was initially committed to CDCR on February 17, 1965 from San Francisco County to serve a life-with-parole sentence for rape with force.

Pinell killed Correctional Officer R.J. McCarthey on March 3, 1971 at Correctional Training Facility in Soledad. He was sentenced to serve life-with-parole on May 22, 1972.

Pinell was convicted of violently assaulting two correctional officers during the escape attempt and sentenced to life-with-parole on September 1, 1976. 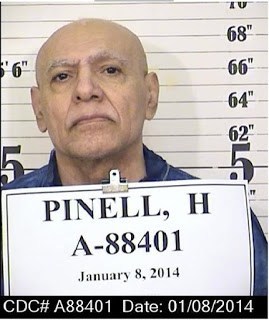