Announcement of his death was withheld pending next-of-kin notification, which was made Sept. 2. 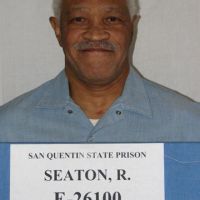 Seaton was sentenced to death on July 27, 1989, by a Riverside County jury for the 1986 first-degree murder of Willis Paul Jones during the commission of robbery and burglary of Mr. Jones’ home.
There is nothing at this point to suggest Legionnaires’ disease was a factor and the investigation is being conducted by the coroner.
Since 1978, when California reinstated capital punishment, 69 condemned inmates (including Seaton) have died from natural causes, 24 have committed suicide, 13 have been executed in California, one was executed in Missouri, eight have died from other causes, and in one case the cause of death is pending. There are 747 offenders on California’s death row.
FOR IMMEDIATE RELEASE