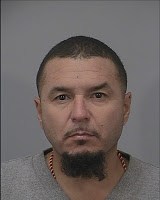 FRENCH CAMP — California Department of Corrections and Rehabilitation (CDCR) officials are looking for an offender who walked away from the Recovery House residential treatment facility in French Camp on Nov. 16.
Julio Ojeda, 42, had been participating in the Alternative Custody Program (ACP) at Recovery House since Sept. 27, 2016. He was reported missing around 5 p.m. Nov. 16 after officials were notified he had removed his electronic monitor.
Agents from CDCR’s Office of Correctional Safety were immediately dispatched to locate and apprehend Ojeda. Local law enforcement has been notified.
ACP is a voluntary program developed for eligible offenders that allows them to serve up to the last 12 months of their sentence in the community in lieu of confinement in state prison. Eligible participants may be housed in a private residence, a transitional care facility or a residential drug or other treatment program.
Ojeda was committed to CDCR on Dec. 29, 2015, from San Joaquin County to serve a two-year sentence for discharging a firearm with gross negligence and possession of a controlled substance for sale. He was scheduled to be released to probation in December 2016.
Ojeda is a Hispanic man with brown eyes and brown hair. He is 5 feet, 7 inches tall and weighs 200 pounds. If anyone has information about or knowledge of the location of this individual they should immediately call 911.
Since 1977, 99 percent of all offenders who have left an adult institution, camp or community-based program without permission have been apprehended.
CONTACT: Krissi Khokhobashvili
(916) 445-4950
Previous Post WASCO STATE PRISON CORRECTIONAL OFFICER RECOVERING FROM SERIOUS ATTACK BY TWO INMATES
Next Post CDCR Apprehends Offender Who Walked Away from Residential Treatment Facility