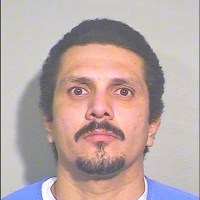 EL MONTE – California Department of Corrections and Rehabilitation (CDCR) officials are looking for an offender who walked away from a residential home in the Alternative Custody Program (ACP).
At 9:34 a.m. today, Benedict Romero was discovered missing after he tampered with his ankle monitor. Romero, 39, had been participating in ACP in El Monte since January.
ACP is a voluntary program developed for eligible offenders that allows them to serve up to the last 12 months of their sentence in the community in lieu of confinement in state prison. Eligible participants may be housed in a private residence, a transitional care facility or a residential drug or other treatment program.
Romero  is 5 feet, 8 inches tall, weighing 185 pounds with brown eyes and black hair. He was received by CDCR in May 2016 from Los Angeles County with a two year, eight month sentence for vehicle theft.
He was expected to parole in December.
If anyone has information about, or knowledge of the location of, this individual they should immediately contact 911.
Since 1977, 99 percent of all offenders who have left an adult institution, camp or community-based program without permission have been apprehended.
FOR IMMEDIATE RELEASE