LOS ANGELES — A man who walked away from the Male Community Reentry Program (MCRP) in Los Angeles County on Saturday, April 22, was apprehended today. 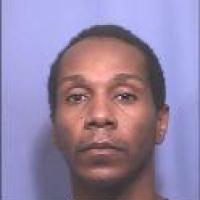 Andre Miller, 30, was apprehended at approximately 10:40 a.m. Monday, April 24, in Los Angeles by agents from the California Department of Corrections and Rehabilitation (CDCR) Special Service Unit, with the support of the Division of Adult Parole Operations.
He was taken into custody without incident and transported to California Institution for Men in Chino. This case will be referred to the Los Angeles County District Attorney’s Office for possible prosecution.
Miller had been participating in the MCRP, which allows eligible offenders committed to state prison to serve the end of their sentences in the re-entry center and provides them the programs and tools necessary to transition from custody to the community. It is a voluntary program for male offenders who have approximately one year left to serve. The program links participants to a range of community-based rehabilitative services that assist with substance use disorders, mental health care, medical care, employment, education, housing, family reunification and social support.
Miller was admitted from Los Angeles County on June 30, 2016, to serve a two-year sentence for second-degree burglary. He was scheduled to be released to probation in May 2017.
Since 1977, 99 percent of all offenders who have left an adult institution, camp, or community-based program without permission have been apprehended.
FOR IMMEDIATE RELEASE