SAN DIEGO — California Department of Corrections and Rehabilitation (CDCR) officials are looking for two women who walked away from the Custody to Community Transitional Reentry Program (CCTRP) on Armstrong Street in San Diego today.

While conducting a room search Thursday, Nov. 2, CCTRP staff discovered a cell phone in the room shared by participants Karen Flores and Gisselle Rivas. Shortly after, staff was alerted that both women had removed their ankle monitors. An emergency count was conducted at 11:50 a.m., followed by a facility-wide search. One ankle monitor was discovered on program grounds. CDCR’s Office of Correctional Safety and local law enforcement agencies have been notified and are assisting in the search and apprehension efforts.

Flores, 26, is a Hispanic female, 5 feet, 1 inch tall, weighing 168 pounds with brown hair and brown eyes. She was received by CDCR from Los Angeles County in August 2016 to serve two years, eight months for second-degree robbery and grand theft. She had been participating in CCTRP since May 2017 and was scheduled to be released in September 2018.

Rivas, 20, is a Hispanic female, 5 feet, 1 inch tall, weighing 148 pounds with brown hair and brown eyes. She was received by CDCR in January 2017 from Los Angeles County to serve four years for first-degree burglary and vehicle theft. She had been participating in CCTRP since June 2017 and was scheduled to be released in April 2018.

CCTRP allows eligible participants to serve the remainder of their sentence in a community program in lieu of confinement in state prison. CCTRP provides a range of rehabilitative services that assist with alcohol and drug recovery, employment, education, housing, family reunification and social support.

Anyone with information regarding either of these women is asked to call (916) 464-4169 or local law enforcement. 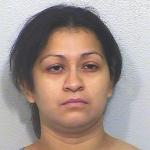 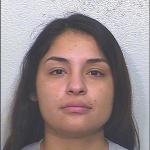