SAN JOSE — California Department of Corrections and Rehabilitation (CDCR) officials are looking for an offender who walked away from the Alternative Custody Program (ACP).

Andrew Holaday, 39, had recently been approved to participate in ACP. On Nov. 20, he departed by bus from Deadwood Conservation Camp in Fort Jones, where he had worked as an inmate firefighter. He was expected to report to the Salvation Army and his parole agent in San Jose on Nov. 21, but failed to do so. Walkaway procedures were initiated, and agents from CDCR’s Special Service Unit were dispatched to search for Holaday. Notification has been made to local law enforcement and the California Highway Patrol.

Holaday is a white male, 5 feet, 10 inches tall, weighing 219 pounds with brown hair and brown eyes. He was received by CDCR on Oct. 25, 2016, from Stanislaus County to serve two years, eight months for manufacture/possess/sell a billy/blackjack by a second striker. He was scheduled to be released in January 2018.

Anyone with information about Holaday’s whereabouts is asked to call 911. 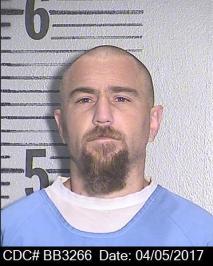