PLACERVILLE — A man who walked away from a residential home in the Alternative Custody Program (ACP) on Nov. 16 was apprehended Friday, Nov. 24, in Placerville.

Keith Rains, 46, was taken into custody without incident by the Placerville Police Department. He was transported to Folsom State Prison.

Rains, who had been participating in the Jesus Our Boss program in Placerville, had last been seen at his residence on Newtown Road the evening of Nov. 16. Agents from the California Department of Corrections and Rehabilitation (CDCR) Special Service Unit were dispatched to search for Rains, and notification was made to local law enforcement and the California Highway Patrol.

Rains was received by CDCR on Oct. 14, 2015, from El Dorado County to serve seven years, four months for possession of a contraband substance in jail/prison by a second striker and grand theft exceeding $950. He had been participating in ACP since June 2017 and was scheduled to be released in May 2018. His case will now be forwarded to the District Attorney’s Office for consideration of escape charges. 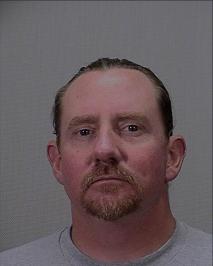