SALINAS — California Department of Corrections and Rehabilitation (CDCR) officials are looking for an offender who walked away from the Alternative Custody Program (ACP).

At around 12:30 p.m. Monday, Dec. 11, ACP participant Jesus Perez, 24, met with his parole agent at the Salinas Parole Unit on Victor Street. He was instructed to wait in the lobby, but instead left the building. Parole agents were alerted Perez had removed his electronic monitoring device, which was later found in the area. Agents from CDCR’s Special Service Unit were immediately activated to search for Perez, and notification has been made to local law enforcement and the California Highway Patrol.

Perez is a Hispanic male, 5 feet, 9 inches tall, weighing 241 pounds with brown hair and brown eyes. He was received by CDCR on Oct. 17, 2016, from Monterey County to serve a five-year sentence for owning/operating a chop shop and possession of a controlled substance while armed with a loaded firearm. He had been participating in ACP at a private residence since September 2017 and was scheduled to be released in April 2018.

Anyone with information about Perez’s whereabouts is asked to call 911. 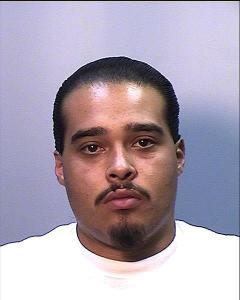