UPLAND — California Department of Corrections and Rehabilitation (CDCR) officials are looking for an offender who walked away from the Alternative Custody Program (ACP).

At around 8:22 p.m. Monday, Dec. 18, officials were alerted that David Martel, 41, had tampered with his electronic monitoring device. The device was found at Jesus Alive Ministries on 9th Street, where Martel had been participating in a residential program. Notification was immediately made to local law enforcement, and agents from CDCR’s Office of Correctional Safety were dispatched to apprehend Martel.

Martel is a Hispanic male, 5 feet, 9 inches tall, weighing 190 pounds with black hair and brown eyes. He was received by CDCR on Aug. 12, 2015, from San Bernardino County to serve a five-year sentence for possession of a controlled substance for sale and possession of a controlled substance while armed with a loaded firearm. He had been participating in ACP since November 2017 and was scheduled to be released in May 2018.

Anyone with information about Martel’s whereabouts is asked to call 911. 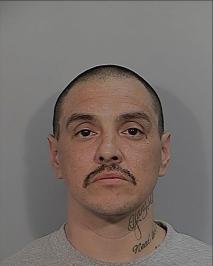