A man who walked away from the Alternative Custody Program (ACP) in Upland on Dec. 18 was apprehended earlier this afternoon.

David Martel, 41, was apprehended at around 3:30 p.m. Thursday, Dec. 21, at a business complex in the area of 9th Street and Arrow Highway in Rancho Cucamonga by agents from the California Department of Corrections and Rehabilitation (CDCR) Office of Correctional Safety’s (OCS) Special Service Unit, in cooperation with the San Bernardino Sheriff’s Office. He was taken into custody without incident and transported to California Institution for Men in Chino.

At around 8:22 p.m. Monday, Dec. 18, officials were alerted that Martel had tampered with his electronic monitoring device. The device was found at Jesus Alive Ministries on 9th Street, where Martel had been participating in a residential program. Notification was immediately made to local law enforcement, and OCS agents were dispatched to apprehend Martel. 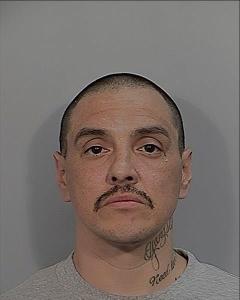