APPLE VALLEY – California Department of Corrections and Rehabilitation (CDCR) officials are looking for an offender who walked away from the Alternative Custody Program (ACP).

At around 4 a.m., Monday, Jan. 8, local law enforcement was dispatched to the residence of ACP participant Manuel Solis, 36, for a domestic dispute. Solis cut off his electronic in-home detention monitor and fled the residence before police arrived.

Agents from CDCR’s Office of Correctional Safety were immediately dispatched to locate and apprehend Solis.

Solis is a Hispanic male, 5 feet, 9 inches tall, weighing 205 pounds with brown hair and brown eyes. He was received into CDCR custody from San Bernardino County on March 2, 2017, to serve a two-year, eight-month sentence for manufacture/possession/sale of a billy/blackjack. He had been participating in ACP at a private residence since December 2017 and was scheduled to be released in April 2018.

Anyone with information about Solis’ whereabouts is asked to call 911. 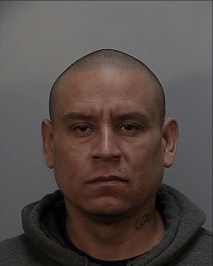