BELLFLOWER — A man who walked away from the Male Community Reentry Program (MCRP) in Los Angeles County on Wednesday, May 9, 2018, was apprehended today.

Glen Mullicane, 47, was apprehended at approximately 12:30 p.m. A Los Angeles County Sheriff’s Department deputy from the Lakewood station observed Mullicane walking in the city of Bellflower and conducted a traffic stop. He was found to be in possession of drug paraphernalia and was taken to the station, where it was determined he had a warrant for escape. Agents from the California Department of Corrections and Rehabilitation (CDCR) Special Service Unit were contacted and took Mullicane into custody without incident. He was transported to the California Institution for Men in Chino. This case will be referred to the Los Angeles County District Attorney’s Office for possible prosecution.

Mullicane had been participating in the MCRP, which allows eligible offenders committed to state prison to serve the end of their sentences in the reentry center and provides them the programs and tools necessary to transition from custody to the community. It is a voluntary program for male offenders who have approximately 12 months left to serve. The program links offenders to a range of community-based rehabilitative services that assist with substance use disorders, mental health care, medical care, employment, education, housing, family reunification and social support.

Mullicane was received by CDCR from Los Angeles County on Aug. 18, 2017, to serve a two-year, eight-month sentence for possess/manufacture/sell metal knuckles. He was scheduled to be released in March 2019. 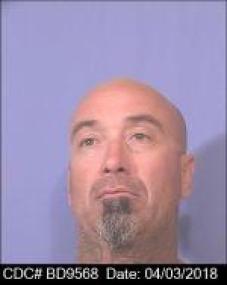