BAKERSFIELD – A man who walked away from the Male Community Reentry Program (MCRP) in Bakersfield on July 15, 2018, was apprehended today in Bakersfield.

Following investigative leads, agents from the California Department of Corrections and Rehabilitation (CDCR) Office of Correctional Safety (OCS) located Ronald Brooks, 31, at Valley Plaza Mall in Bakersfield. He was arrested after a short pursuit on foot. He was taken into custody and transported to North Kern State Prison.

CDCR had been notified at approximately 1:21 p.m. June 15 that Brooks’ electronic monitoring device had been tampered with. The device was located across the street from the facility.

Brooks was received by CDCR from Kern County on December 22, 2017 with a two-year sentence for burglary in the first degree, grand theft and failure to appear. Brooks was transferred from California Health Care Facility to the MCRP on July 11, 2018. He was scheduled to be released to parole supervision in September 2018. His case will now be forwarded to the Kern County District Attorney’s Office for consideration of escape charges.

MCRP allows eligible offenders committed to state prison to serve the end of their sentences in the reentry center and provides them the programs and tools necessary to transition from custody to the community. It is a voluntary program for male offenders who have approximately 11 months left to serve. The program links offenders to a range of community-based rehabilitative services that assist with substance use disorders, mental health care, medical care, employment, education, housing, family reunification and social support.

OCS’s mission is to protect the public and serve CDCR investigative and security interests. OCS is the primary departmental link with allied law enforcement agencies and the Governor’s Office of Emergency Services. 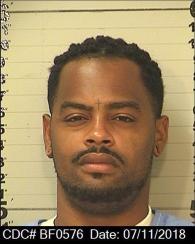