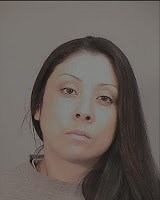 SANTA ANA — A female offender who walked away from an Orange County reentry facility Oct. 30 is back in custody.

Maira Ibarra, 34, contacted an agent from the California Department of Corrections and Rehabilitation’s Office of Correctional Safety to turn herself in at 4:45 p.m. Monday, and was taken into custody without incident. She has been transported to California Institution for Women in Corona.