LOS ANGELES – California Department of Corrections and Rehabilitation (CDCR) officials are looking for a male inmate who walked away from a Los Angeles community reentry facility last night.

Louie Iniguez, 24, walked away from the Male Community Reentry Program (MCRP) on Tuesday, January 5 at approximately 8:40 p.m.; he had destroyed his GPS device.

Iniguez was committed to CDCR from Los Angeles County on May 4, 2015 to serve a two-year, eight-month sentence for first- and second-degree robbery. He was due to parole February 22, 2016.

Iniguez had been participating in the MCRP, which allows eligible participants to serve the remainder of their sentence in a community program in lieu of confinement in state prison. The MCRP provides a range of rehabilitative services that assist with alcohol and drug recovery, employment, education, housing, family reunification and social support.

CDCR notified Los Angeles Police Department who are assisting in the search and apprehension efforts.

Anyone with information regarding Iniguez is asked to call 911 or local law enforcement. 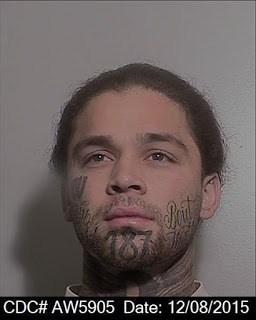