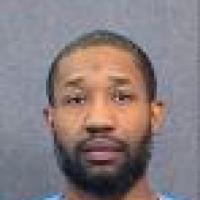 GEORGETOWN—-California Department of Corrections and Rehabiliation (CDCR) officials are looking for a minimum-security inmate who walked away from the Growlersburg Conservation Camp, located near Georgetown in El Dorado County.
Inmate Deandrea J. Farlow was last seen in his assigned dorm on Sunday, March 27, 2016 at approximately 8:45 pm during an informal count of inmates.  Farlow was missing from a subsequent inmate count at approximately 10:30 pm and staff began implementing escape procedures.  All local law enforcement agencies have been notified and are assisting in the search for Farlow.
Farlow is described as a black male, 6’ 4” tall, weighing 195 pounds, with brown eyes and black hair.  Farlow was committed to CDCR from Fresno County for second degree robbery and assault with a firearm.  He was scheduled to be released on October 23, 2019.
Anyone with information about Farlow is asked to contact the Growersburg Conservation Camp at (530) 333-4244 or the Sierra Conservation Center at (209) 984-5291, ext. 5439.
Since 1977, 99 percent of all offenders who have left an adult institution, camp, or community-based program without permission have been apprehended.
FOR IMMEDIATE RELEASE
March 28, 2016
Contact: Lt. Hill
(530) 333-4244
###
Previous Post Inmate Walks Away from Los Angeles Re‑entry Facility
Next Post Condemned Inmate Bernard L. Hamilton Dies of Natural Causes