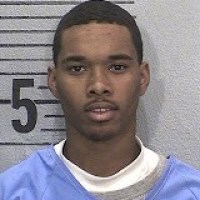 Crescent City – California Department of Corrections and Rehabilitation (CDCR) announced today the apprehension of a minimum-security state prison inmate who walked away from Alder Conservation Camp in Del Norte County this past Monday, April 11, 2016.

Louis was committed to the California Department of Corrections and Rehabilitation (CDCR) on June 4, 2015, from Lake County for Grand Theft. He was scheduled to be released from CDCR custody on March 9, 2020.

Louis will be transported back to the California Correctional Center in Susanville, and will no longer be eligible to be housed in a Conservation Camp.