Santa Cruz – California Department of Corrections and Rehabilitation (CDCR) announced today the apprehension of a minimum-security state prison inmate who walked away from Ben Lomond Conservation Camp in Santa Cruz County on May 27, 2016.

On June 9, 2016, at approximately 10 p.m., inmate Leroy L. Hampton, 46, was taken into custody without incident in downtown Seattle, WA by the Seattle Police Department.

Hampton was committed to the California Department of Corrections and Rehabilitation (CDCR) on June 7, 2001, from Fresno County for Robbery 1st. He was scheduled to be released from CDCR custody on April 27, 2019.

Hampton will be transported back to the California Correctional Center in Susanville, and will no longer be eligible to be housed in a conservation camp. 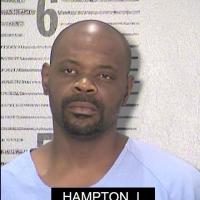