Inmate Jose A. Paredes, 25, was last seen in his assigned Base Camp area on Monday, Aug. 29, 2016, at around 3:40 a.m. during a routine security check. The Chimney Incident Base Camp staff discovered Paredes missing, then searched the inmate tent area and surrounding Base Camp perimeter. Paredes was not located. All local law enforcement agencies and the California Highway Patrol were notified and assisted in the search.

Paredes was apprehended at 10:09 a.m. by officers from the Cuesta College Police Department, who discovered him hiding near the campus soccer field. He was taken into custody without incident, and has been returned to CDCR custody.

Paredes was committed to CDCR from Los Angeles County to serve a two-year sentence for first-degree burglary. He was scheduled to be released to parole supervision in May 2017. 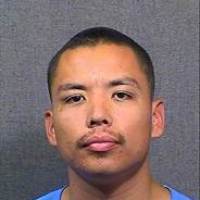 Since 1977, ninety-nine percent of all offenders who have left an adult institution, camp, or community-based program without permission have been apprehended.