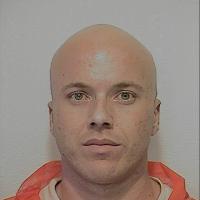 COALINGA — California Department of Corrections and Rehabilitation (CDCR) officials apprehended an inmate who walked away from the minimum-support facility at Pleasant Valley State Prison (PVSP) on the same day he was reported missing. On Monday, Dec. 19 at approximately 7:30 p.m., someone meeting the description of Brian Dill was reported near the town of Avenal, which is 20 miles from PVSP. Avenal Police Department responded to the location, located and detained the suspect until the Crisis Response Team arrived and verified the suspect as Dill.
Dill was returned to the custody of CDCR shortly thereafter.
Dill, 33, was reported missing at noon yesterday during an institutional count. Notification was immediately made to local law enforcement agencies. Within minutes, agents from CDCR’s Office of Correctional Safety were dispatched to locate and apprehend Dill. PVSP’s Investigative Services Unit, Crisis Response Team, local law enforcement agencies and the California Highway Patrol were notified to assist in the search for Dill.
PVSP would like to thank the Avenal Police Department, Coalinga Police Department, California Highway Patrol, Fresno and Kings County Sherriff agencies, and all the local residents who reported possible information which led to the apprehension of Dill.
Since 1977, 99 percent of all offenders who have left an adult institution, camp or community-based program without permission have been apprehended.
FOR IMMEDIATE RELEASE