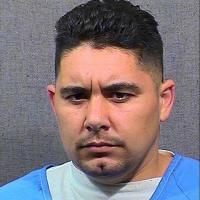 MARIPOSA – A minimum-security inmate who walked away from the Sierra Conservation Center (SCC) Mount Bullion Conservation Camp (CC #39) in Mariposa County on March 21 has been apprehended.

Inmate Blake Castro, 31, was apprehended at approximately 9 a.m. Tuesday, March 21, by the Mariposa County Sheriff’s Office after a property owner notified law enforcement of a suspicious person in Catheys Valley. Castro was taken into custody without incident and will be returned to SCC.
Castro was reported missing during an inmate count Monday, March 20. He was last seen at 2 a.m. Monday in his assigned housing unit.
CDCR, CAL FIRE, the California Highway Patrol and local law enforcement agencies were notified and assisted in the search for Castro.
Castro was committed to the California Department of Corrections and Rehabilitation on Aug. 2, 2016, from Fresno County to serve a four-year sentence for inflicting corporal injury on a spouse/cohabitant. He was scheduled to be released in November 2018.
Since 1977, 99 percent of all offenders who have left an adult institution, camp, or community-based program without permission have been apprehended.
FOR IMMEDIATE RELEASE