CORCORAN – A correctional sergeant is recovering from injuries sustained during an attack by an inmate Tuesday at California State Prison-Corcoran (COR).

At around 7:46 p.m. Tuesday, Feb. 13, inmate Peter Matus, 33, was being escorted to his assigned cell by a correctional sergeant when he attacked the sergeant, punching him in the face. Matus immediately took a prone position on the floor and was restrained by responding staff.

The sergeant was transported to an outside hospital, where he was treated for a broken orbital bone and a laceration requiring 17 stitches. He was treated and released and is recovering at home.

Matus sustained no injuries in the attack and was moved to COR’s Short Term Restricted Housing as the incident is investigated. 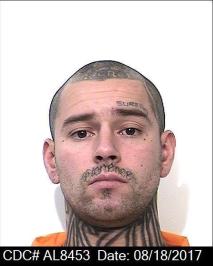