VALYERMO, CA – California Department of Corrections and Rehabilitation (CDCR) officials are searching for a minimum-security inmate who walked away from Fenner Canyon Conservation Camp in Los Angeles County on December 23.

During an inmate count at around 5:48 p.m. on Sunday, staff discovered inmate Eric Levi missing. An emergency count was immediately conducted, as well as a search of the camp buildings and grounds. Levi was last seen during a 5:10 p.m. count. CDCR’s Office of Correctional Safety, CAL FIRE, the California Highway Patrol and local law enforcement agencies have been notified and are assisting in the search.

Levi, 52, is 6 feet tall, weighing 217 pounds with hazel eyes with gray hair. He was received by CDCR in November 2006 from Los Angeles County to serve a 16-year sentence for second-degree robbery.

Anyone who sees Levi should contact 911 or law enforcement authorities immediately. 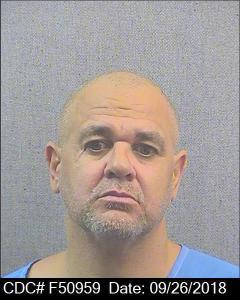