Mendoza, 21, was reported missing during an institutional count at approximately 9:35 p.m. on Dec. 26. He was assigned to work outside the secured perimeter of the prison, as some inmates are, and he took advantage of an opportunity to leave. He is the suspect in a carjacking that happened in a Home Depot parking lot in the San Rafael area. The car, a Toyota RAV4, was found abandoned off the 101 Freeway north of Paso Robles on Friday.

Mendoza was received by CDCR from Los Angeles County on Dec. 20, 2017 with a five-year sentence for use of deadly weapon during a carjacking/attempted carjacking and evading or attempting to evade a peace officer while driving recklessly. He was transported to Salinas Valley State Prison and his case will be referred to the Marin County District Attorney’s Office for consideration of escape charges and carjacking.

OCS’s mission is to protect the public and serve CDCR investigative and security interests. OCS is the primary departmental link with allied law enforcement agencies and the Governor’s Office of Emergency Services.

Since 1977, 99 percent of all offenders who have left an adult institution, camp or community-based program without permission have been apprehended. San Quentin State Prison, California’s oldest prison, opened in 1852, houses more than 4,200 inmates and employs 1,870 people. 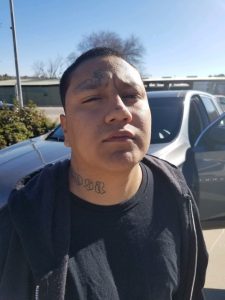