SUSANVILLE – High Desert State Prison Correctional Officer Richard Bianchi died in a single-vehicle crash early in the morning on June 25 while on his way to provide security coverage at a Redding hospital.

The California Highway Patrol responded to the crash on Highway 44 four miles east of Old Station Road in the Redding area. CHP officers found Officer Bianchi’s overturned state vehicle; he was pronounced dead at the scene. The incident is being investigated by the CHP.

Bianchi, 53, began his service with the California Department of Corrections and Rehabilitation on Oct. 18, 2010, and was part of the High Desert State Prison (HDSP) family since Feb. 4, 2011. He is survived by his wife and two adult children.

“My prayers go out to Correctional Officer Bianchi’s family, friends and co-workers on behalf of myself and the entire CDCR family,” CDCR Secretary Ralph Diaz said. “Correctional Officer Bianchi’s death is felt through this entire department. His service to California was largely unseen by the citizens of this state but his daily work and dedication will not be forgotten by his peers and myself.”

“Our sincerest condolences are extended to the Bianchi family, friends and loved ones,” HDSP Acting Warden Jason Pickett said. “Correctional Officer Bianchi was a consummate professional and an excellent member of the HDSP team. He and his family will be in our thoughts and we thank him for his selfless service.”

CDCR houses people convicted of the most violent felonies, supervises those released to parole, and provides rehabilitation programs to help them reintegrate into the community. CDCR is mandated to provide health care services to the incarcerated population. When an inmate needs health care treatment that cannot be provided at a prison and is admitted to a hospital, they are transported and guarded by correctional officers who are responsible for their security and the safety of the public. 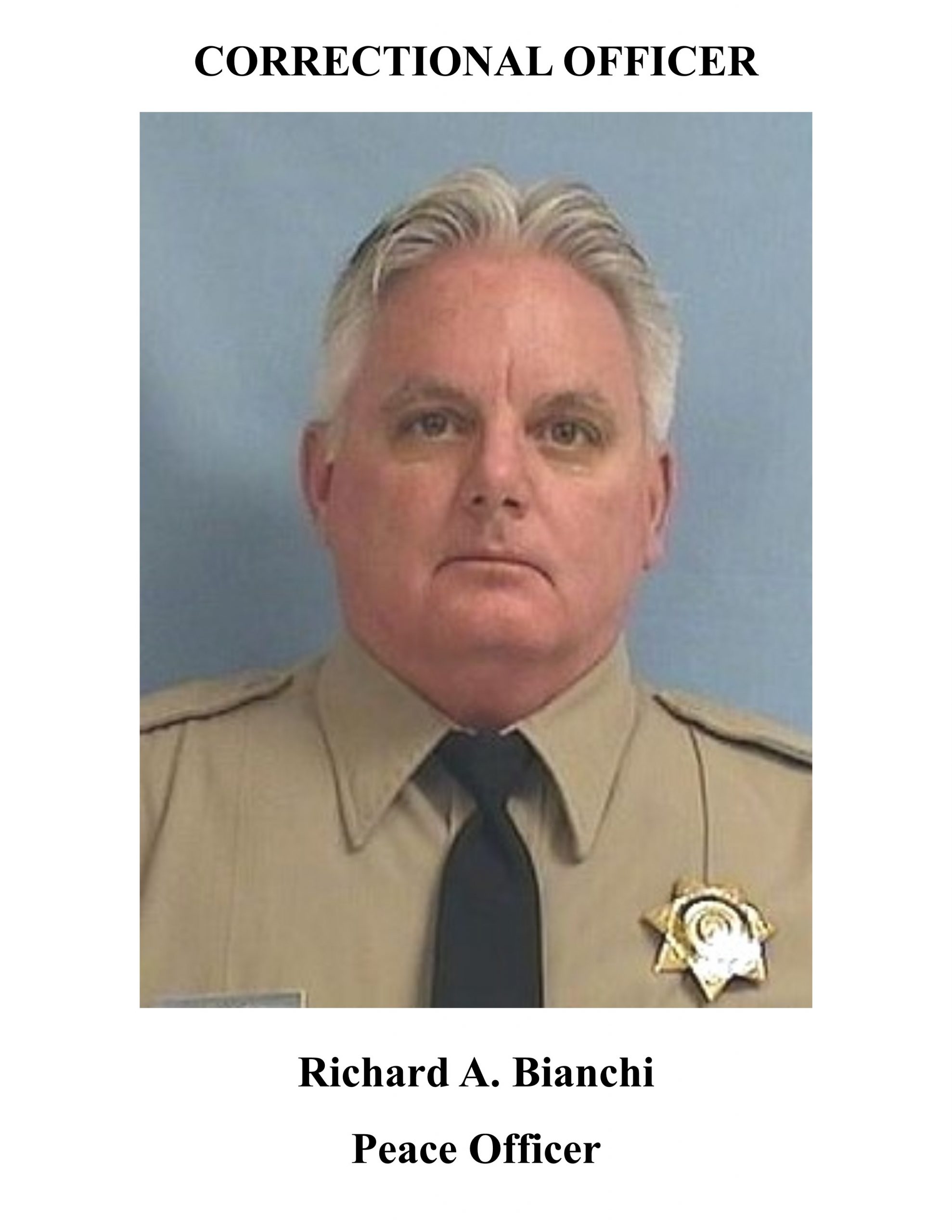