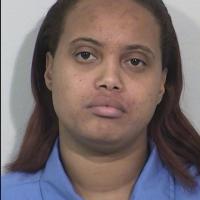 MALIBU — A minimum-custody inmate, a trained CALFIRE firefighter, walked away from the Malibu Conservation Camp which is located in Malibu California, in Los Angeles County on June 11, 2016.

The inmate, 31-year-old Lashanan Durr, is described as a Black female, 175 pounds with brown eyes, shoulder-length brown hair and medium complexion. She stands approximately 5’3’’ tall with a large build. She was last seen wearing grey sweatpants and a grey sweatshirt.

Durr was committed to the California Department of Corrections and Rehabilitation (CDCR) on September 9, 2010, from Los Angeles County for robbery. She was scheduled to be paroled on March 16, 2017.

Walkaway apprehension efforts were initiated and anyone seeing her was asked to immediately call 9-1-1, law enforcement authorities or the California Institution for Women watch commander at (909) 597-1771, extension 4913.

Inmate Durr was apprehended the same day, June 11, in South Los Angeles by CDCR special agents and Los Angeles Police Department officers. She was taken into custody at 3 p.m. without incident.

This matter will be referred to the San Bernardino County District Attorney’s Office for possible prosecution.