POMONA — A woman who walked away from a transitional treatment program in the Alternative Custody Program (ACP) on Tuesday, Oct. 24, was apprehended at 12 a.m. Friday, Oct. 27.

Jaimee Hammer, 28, was taken into custody in the city of Pomona. Following investigative leads, agents from the California Department of Corrections and Rehabilitation (CDCR) Special Service Unit followed a car to a liquor store, where they observed Hammer exit the vehicle. She was taken into custody without incident and transported to the California Institution for Women in Corona.

Hammer, who had been participating in the Female Offender Treatment and Employment Program (FOTEP), walked away from the facility on Dahlia Avenue in El Monte on Oct. 24 at approximately 11:30 p.m.

ACP is a voluntary program developed for eligible offenders that allows them to serve up to the last 12 months of their sentence in the community in lieu of confinement in state prison. Eligible participants may be housed in a private residence, a transitional care facility or a residential drug or other treatment program. FOTEP provides intensive gender-responsive counseling services for female offenders, including substance use disorder treatment, family reunification, vocational training and employment services.

Hammer was received by CDCR from Los Angeles County in May 2016 with a four-year sentence for vehicle theft. 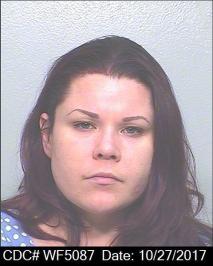