RANCHO CORDOVA — A minimum-security inmate who walked away from the Minimum Support Facility (MSF) at Folsom State Prison on Oct. 26 was apprehended today in Sacramento.

At around 9:15 a.m. Tuesday, Oct. 31, the Sacramento County Sheriff’s Department (SCSD) received a call from a citizen indicating they had possibly observed Todd Willis, 52, walking in the area of Coloma Road and Rossmoor Drive.

Officers from SCSD and Rancho Cordova Police Department immediately responded to the area and observed the man who had been described by the citizen. An officer made contact with him and he immediately attempted to flee on foot. A violent struggle then ensued as the officer attempted to detain the man, who was subdued and positively identified as Willis, who had been discovered missing during an inmate count at 11 a.m. Oct. 26.

Willis was transported to a local hospital for treatment of injuries sustained during the altercation with officers. Agents from the California Department of Corrections and Rehabilitation (CDCR) Special Service Unit responded to the hospital and positively identified Willis, who was medically cleared and returned to CDCR custody.

He was received by CDCR from Sacramento County in January 2016 with a four-year sentence for assault with force likely to produce great bodily injury by a second-striker. He was scheduled to be released in July 2018. His case will now be forwarded to the Sacramento County District Attorney’s Office for prosecution, and he will not be eligible to be housed in an MSF. 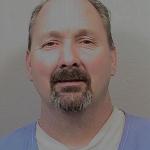