LANCASTER — A minimum-security inmate who walked away from Acton Conservation Camp in Los Angeles County Nov. 2 was apprehended today in Lancaster.

Acting on investigative leads, agents from the California Department of Corrections and Rehabilitation (CDCR) Special Service Unit Rancho Cucamonga, with the assistance of the Los Angeles Fugitive Apprehension Team, arrested Edgar Gonzalez at a residence in Lancaster. He was taken into custody without incident at 11:40 a.m. Friday, Nov. 3, at Sunset Ridge Apartments and transported to California State Prison-Los Angeles County.

During an inmate count at 9 p.m. Thursday, Nov. 2, staff discovered Gonzalez, 29, was not in his assigned bunk. A search of the camp buildings and grounds was immediately conducted. CDCR, CAL FIRE, the California Highway Patrol and local law enforcement agencies assisted in the search.

He was committed to CDCR in April 2017 from Los Angeles County to serve a two-year, eight-month sentence for possession of a controlled substance and possession of a firearm. He had been assigned to Acton Conservation Camp since August 2017 was scheduled to be released in August 2018. His case will now be forwarded to the Los Angeles County District Attorney’s Office for prosecution, and he will not be eligible to be housed in a fire camp. 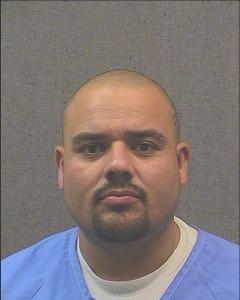