SAN QUENTIN — Condemned inmate Herminio Serna, 53, who was on California’s death row from Santa Clara County, was pronounced dead on Monday, December 3, 2018, at 8:37 p.m. at San Quentin State Prison. The cause of death is unknown pending the results of an autopsy.

Serna was sentenced to death by a Santa Clara County jury on November 21, 1997, for the murders of Esteban Guzman, Marcos Baca and Sheila Apodaca. Serna’s crime partners James Trujeque, 66, and Bobby Lopez, Jr., 53, were sentenced to death as well in 1997 for a series of gang-related murders in the San Jose area.

Serna had been on California’s death row since November 26, 1997. 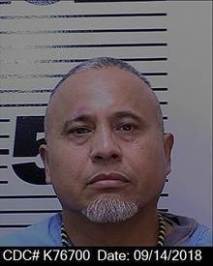