SAN QUENTIN — Condemned inmate Joseph A. Perez, Jr., 47, who was on California’s death row from Contra Costa County, was found unresponsive in his cell at San Quentin State Prison on Dec. 4 at 9:11 p.m. Emergency lifesaving measures were started immediately; however, Perez was pronounced dead at 9:21 p.m. An autopsy will be conducted to determine his cause of death

Perez was sentenced to death in Contra Costa County on Jan. 25, 2002, for the March 24, 1998, murder of Janet Daher, 46, who was strangled and stabbed in her Lafayette home during a home-invasion robbery. Perez had been on California’s death row since Jan. 25, 2002. 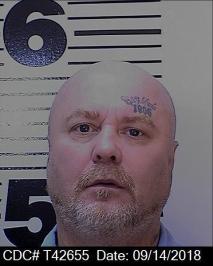