MARIPOSA — California Department of Corrections and Rehabilitation (CDCR) officials are searching for a minimum-security inmate who walked away from Mount Bullion Conservation Camp in Mariposa County on March 1.

At 4:20 a.m. staff discovered inmate Joseph Speakman missing and officers immediately began a search of the camp. Speakman was last seen at 3:15 a.m. during an inmate count. CDCR’s Office of Correctional Safety, CAL FIRE, the California Highway Patrol and local law enforcement agencies have been notified and are assisting in the search.

Speakman, 46, is 6 feet one inch tall, weighing 221 pounds with blue eyes and blond hair. He was received by CDCR in June 2018 from Santa Barbara County to serve a four-year sentence for vehicle theft.

Anyone who sees Speakman should contact 911 or law enforcement authorities immediately. 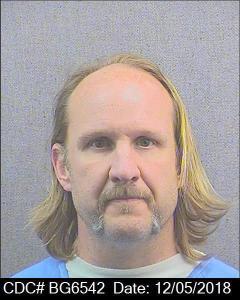